Here at Almanzo we're big fans of the motto, 'run what ya brung' and in no way would we ever encourage anything else. That said though, if you're in the market for a new rig (especially one that crushes the rock) be sure and check these guys out. We've been riding the RXC since late last Fall and absolutely love it. Quick, stiff and responsive, this thing handles like a dream. Whether it's steel, aluminum or carbon that gets you out of bed, Raleigh has something that will to fit your needs. Maybe it's the RXC or the Roper? Maybe your a high style kind of person and it's the International or the Militis? Don't believe us? Go and test ride one today and see for yourself. 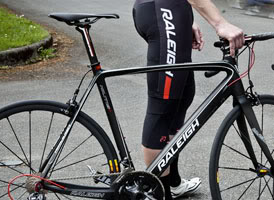 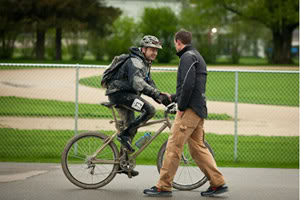 Hey everybody. Just a heads up for the 2009 race. I am working on a new site for this year as well as securing some liquid sponsorship. When the new site is up I am going to be sending out some thank you/invitations to those of you that participated in the 2008 Almanzo. The plan is to have all of the changes made by December 1st so that everyone has time to read through the site in time prepare themselves mentally for a January 1st registration. In an attempt to challenge each rider to compete against themselves as well as their compatriots, the route for 2009 is slated to be almost identical to 2008. The only major difference would be an out of town finish to allow for a more "rider friendly" sprint. Keeping these changes in mind I would like to put this idea on the table for discussion. My plan is to run the race on the same course for two years and then change the third and run two identical courses and change in the fifth year.

Let me know what you think of this idea. My hope was that riders from the previous year who didn't finish with the crazy fast guys in the front could compete against their time from last year and so on and so forth. Keep in mind this is just an idea and that things have not been locked down for 2009. Your opinions are definitely wanted.